In 1977, idealistic young people were moving to California’s strikingly beautiful but impoverished Humboldt County to escape urban congestion and do good works. One of them was Herrmann Spetzler, who came to the tiny city of Arcata to run a small counterculture health clinic called Open Door. Spetzler, a tall, bearded man with a German accent, wanted a safe, uncomplicated place that would suit a young family just starting out. He got that — and then he stayed for 40 years to pursue his vision of a health care system accessible to everyone regardless of income. Because of Spetzler’s leadership, thousands of people of all income levels in California’s rural northwest region receive medical care in an expanded network of modern facilities. 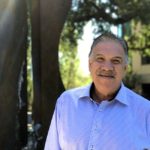 Debra Johnson vividly recalls the day she met her future husband, Mario Gutierrez. She was a young physician interviewing for a position in an Indian health clinic in Mendocino County, and he was working for the California Rural Indian Health Board. It was 1982. 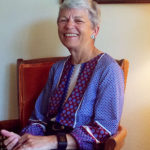 Elizabeth Hill became the first woman to head the California Legislative Analyst’s Office in 1986 when she was eight months’ pregnant with her second child. For 22 years, she held one of the most important positions in state government — advising the 120-member legislature during fractious times and sometimes clashing over policy recommendations in an increasingly partisan environment beset by the passage of term limits, deep budget cuts, and recession.